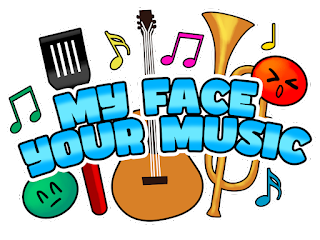 My Face Your Music is a tool where you can use MIDI files and video samples to create bonkers music compositions. You can add effects, play live music with a MIDI piano and even add your own samples.

Beatris is a prototype test for a interactive music system. Align lines of blocks and don't let them stack to the top! It is the familiar block game, set to the beat of the music. There are 10 levels and 5 difficulty settings.

Badlands Roadtrip, or BLuRT for short, is an open world FPS RPG where you can build your own, fully physics enabled gun to fight off the recent robot invasion in an open world setting. Make your way through many towns and meet all the quirky characters who all regrettably had a part in the robot's malfunctioning.

The Golden Sneeze has been stolen from the museum of ancient history and it's up to you, detective Hank, to find out who did it! There are multiple possible suspects in 4 different timelines. Pay attention to the clues and bring them to justice!

Play with 2 players on 1 smartphone at the same time! Navigate Tina and Melody with their bazooka's through a procedurally generated dungeon and get to the end!

Musings from the Twitterverse